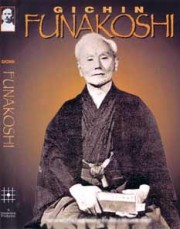 DVD Collectors Edition "Gichin Funakoshi 1940-50", 30 min., english. This video features the founder of Shotokan Karate actually performing Ippon Kumite techniques qith Sensei Isao Obata. This video was filmed before the JKA was even formed. JKA-masters such as Nakayama, Kase, Kanazawa, Okazaki and Nishiyama performing dojo training and exhibitions of their favourite techniques when they were in their teens and ealy 20's. This footage comes from the 1940's or early 50's. The quality of this vide is of course not of today's standard. 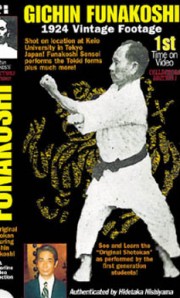 DVD "Gichin Funakoshi 1924 Vintage Footage", 30 min. japanese. The father of modern Karate-Do is captured on this remarkable documentary film demostrating Tekki Shodan, Tekki Nidan, tekki Sandan and Meikyo kata shot c. 1924. Shot on location at Keio University in Tokyo, Japan at the Keio Karatebu (Karate Club of Keo) which was the first University to adopt Karate into it's physical education curriculum. In addition to Sensei Funakoshi, there is lots of other footage (including the 15 basic kata) covering the training of the University students and summer training camps (shochu keiko) 1932 at the beach. This "must have" video is a cultural and historical treasure! Due to the bad condition of the original recordings the quality of this video is not of today's standard. 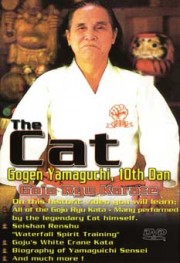 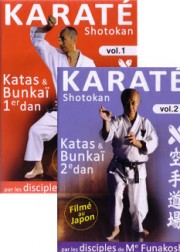 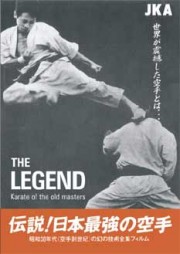 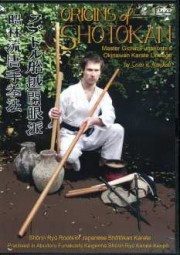