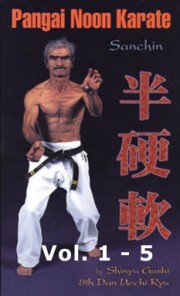 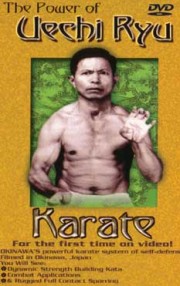 DVD The Power of Uechi Ryu, English. An exciting video that shows the extreme power of this unique style of Okinawan karate. In 1897, an Okinawan by the name of Kanbun Uechi (1877-1948) traveled to China and studied martial arts. He was instructed in a typical tiger-crane style known as Pangai Noon. In 1948, the style was renamed Uechi Ryu by his son Kanei Uechi (1911-1988). Kanei continued to teach the style after his father’s death. Today, Uechi Ryu is very popular in Okinawa. It is a style typified by powerful techniques, highly effective self-defense applications and dynamic strength building kata. This video also shows the rugged full-contact sparring Uechi Ryu is known for. Attention: Low image quality because of non-professional recordings! 60 min. 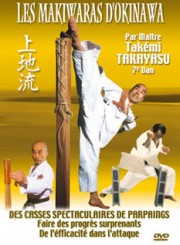 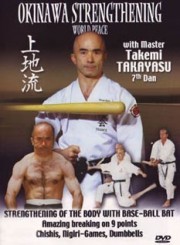 DVD OKINAWA STRENGTHENING, Takemi TAKAYASU 8th Dan, English - multi-language. 50 min. Master Takemi Takayasu, European head of Uechi Ryu shows in this DVD all about the traditionnal STRENGTHENING training from Okinawa. Master Takemi Takayasu shows you the strengthening work as it is performed on the island of Okinawa. The strengthening work must be a part of the training of any budoka who looks for maximum efficiency. It helps to be able to block painlessly, and to increase the power of your strikes. But, be careful, the strengthening should not be practiced without caution, there is a risk of body injury. It is to be performed with intelligence and according to a precise and gradual method. 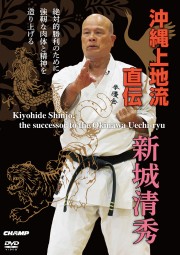